Caffeine is the world’s most consumed drug. In this day and age, we see it utilized anywhere that requires a little extra ‘oomph’, like as a performance enhancer for exercise or just in our daily wake-up routine.

Although caffeine is a natural substance found in over 60 plants, there are still side effects that don’t go unnoticed for most of us.

The good news is that, through extensive research, the supplement industry has found even better ways to enjoy caffeine, especially for exercise performance!

Let me proudly introduce you to Infinergy, the solution to energy crashes you’ve been waiting for. 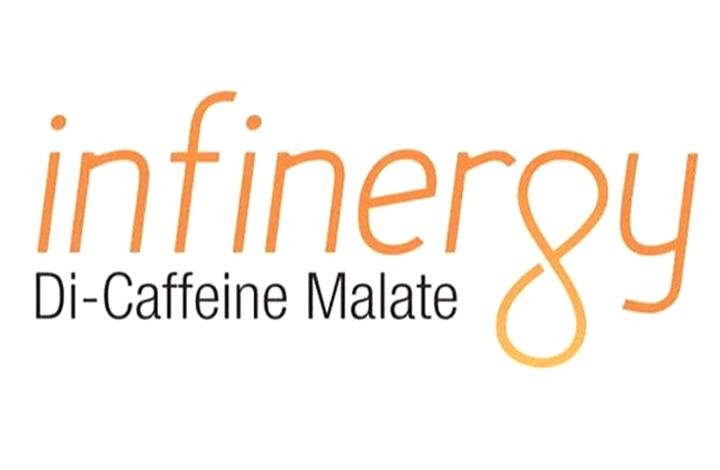 What is Infinergy (Di-Caffeine Malate)?

Infinergy (Di-Caffeine Malate) is a supplement brought to you by Creative Compounds. Dicaffeine malate is a patented ingredient specially formulated to help you experience increased energy from caffeine without the crash.

Here’s how it works.

Caffeine is fused together with malic acid by an ionic bond. Caffeine + Malic acid = Dicaffeine Malate!

This ingredient is mostly caffeine, comprising about 75%. At around 25%, Malic acid is primarily there to buffer the salts in caffeine, which is where the magic happens!

Malic acid, serving as a buffer to caffeine, simply means that it eases caffeine digestion and promotes an elongated caffeinated effect, minimizing the expected energy crash.

As you can imagine, this is what makes Infinergy the perfect match for a pre-workout supplement, as well as for an effective nootropic.

Stick around to learn more.

Not trying to give caffeine a bad rap, but honestly, it could do a better job.

We all enjoy caffeine for its beneficial qualities. Increased energy and focus, metabolism boost, enhanced cognitive abilities, and reaction time are all the reasons why we love caffeine.

Most of these benefits, however, are short-lived.

That’s where malic acid comes in!

Malic acid is naturally occurring in fruits and vegetables. It is also produced in the body after carbohydrates are broken down in our digestive system. It has a variety of benefits like:

In conjunction with malic acid, caffeine is how we get this ‘new & improved’ caffeine.

When taking Infinergy Dicaffeine Malate, you will feel the anticipated energy surge that comes with having caffeine. Then, you can expect a more leveled and consistent feeling of energy.

You see, malic acid helps reduce the harmful effects of caffeine, all the while not suppressing its life-giving benefits.

Since malic acid promotes energy production, we can be sure that malic acid can assist in keeping our energy levels sustained.

Many people, unfortunately, avoid caffeine and caffeinated beverages because they can be hard on the stomach.

For sensitive individuals, Infinergy might be your perfect solution!

No one should have to go without some form of caffeine. That’s why, with Infinergy, you can absorb caffeine with limited amounts of digestive distress. This is because malic acid acts as a gentle buffer to ‘soften the blow,’ which is more common with caffeine anhydrous.

Most of these benefits mentioned are also praised in the workout scene!

As we know, caffeine is a prevalent supplement for exercise performance. Here, we’ll learn how Infinergy Dicaffeine Malate gives us everything we need and more for a solid workout.

You can take Infinergy with water as a pre-workout supplement. This will give you the energy surge to get your momentum going and keep you active and sharp for the rest of your workout. Sometimes, getting started is the most challenging part; Infinergy can help with that.

Malic acid is especially beneficial for endurance athletes. One study revealed that athletes supplemented with malic acid and creatine after 6 weeks had significant gains in their workouts. Sprinters experienced an overall better performance than that of the placebo group. The study also noticed a greater distance run by the long-distance runners than the distance covered by the placebo running group.

Although we would love to see more research, we can assume that the combination of caffeine and malic acid in Infinergy has the same effects on athletes, if not better!

According to Creative Compounds, the creator of Infinergy Dicaffeine Malate, Infinergy also stimulates thermogenesis to ensure you get the very most out of every workout. This is not only a pre-workout energizer; you can also expect to burn more fat during your workouts for ultimate weight loss.

With Infinergy Dicaffeine malate, you can also expect long-lasting focus. This is imperative in high-intensity workouts and sports that require a little more concentration for a prolonged period. 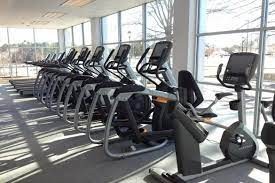 How long does Dicaffeine Malate last?

That leads us to our next question.

How long can we expect to feel energized and focused, whether at work or at the gym?

To get the best out of Infinergy Dicaffeine Malate, take it in the morning (to replace your coffee or tea), or 15-20 minutes before hitting the gym.

To kick the fatigue and enhance your performance, the recommended dosage is about 300-400mg.

This might seem a little much, but remember, Infinergy contains only 75% caffeine. Here, you would not be taking 400mg of pure caffeine since it is complimented by malic acid to balance out the intensity. 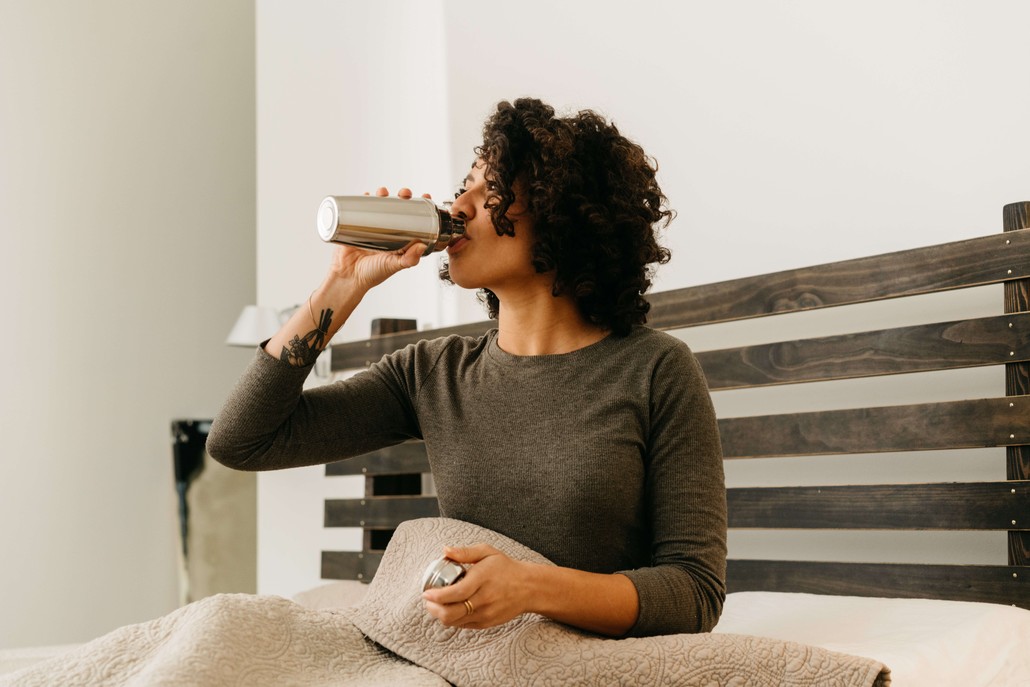 What is the Difference Between Caffeine Anhydrous and Di-Caffeine Malate?

Who knew there were so many different kinds of caffeine?

Caffeine anhydrous is the one you are probably most familiar with in the supplement world. It is essentially dehydrated caffeine that comes in a white crystalline powder form or in capsules.

Caffeine anhydrous is becoming popular in energizing supplements, bars, and drink mixes because of its potency. It is quickly absorbed in the body and thus has an immediate effect; alertness and increased exercise performance, guaranteed!

A word of caution: a little goes a long way.

Just one teaspoon of anhydrous caffeine is equivalent to 28 cups of coffee.

Yep, you read that right!

As you can see, it is not at all uncommon for someone to ingest too much caffeine anhydrous. Caffeine can be toxic to the body in excessive amounts; this caffeine may be disadvantageous for some individuals since it is so potent and over-stimulative.

Di-caffeine malate, differently, poses a better form of caffeine. It is not as intense, as most healthy individuals can safely take up to 300-400mg in one serving.

Caffeine anhydrous is prone to cause the not-so-desirable side effects typically associated with having too much caffeine, such as insomnia, anxiety, headaches, digestive discomfort, etc. Here, the energy boost does not come without consequences!

Infinergy, we have learned, buffers the caffeine to negate unwanted side effects. 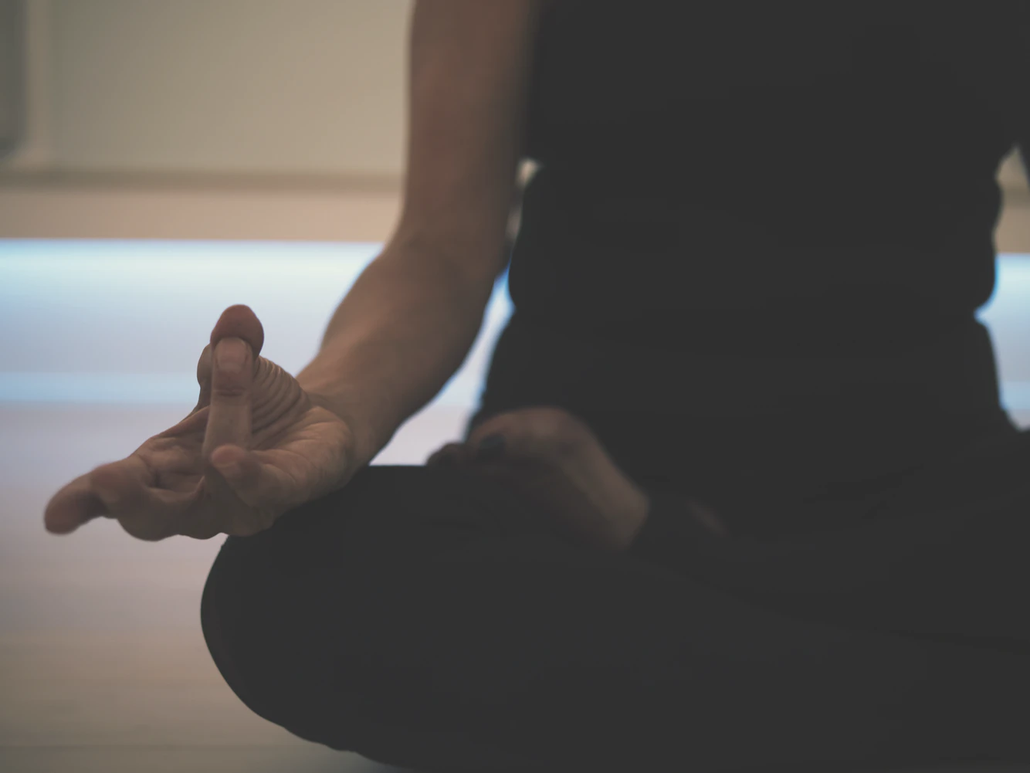 Now that we’ve learned about some other forms of caffeine on the market, it’s time to wrap it up with our favorite, Dicaffeine Malate!

As you have read here, you don’t have to worry too much about over-doing Infinergy thanks to malic acid. Even though you can take Infinergy in doses up to 400mg, this might be problematic for some caffeine-sensitive individuals.

In larger doses, the adverse effects of caffeine can sneak past the malic acid buffer. This might leave you feeling jittery or experiencing some digestive upset, especially if you are a caffeine-newbie. If this is the case, try Infinergy at 100-175mg for a mild stimulative effect, with little-to-no chances of adverse side effects.

If your body is well-acquainted with caffeine, it is recommended to experiment with smaller doses from 100-200mg, and from there, increase incrementally to find your sweet spot. 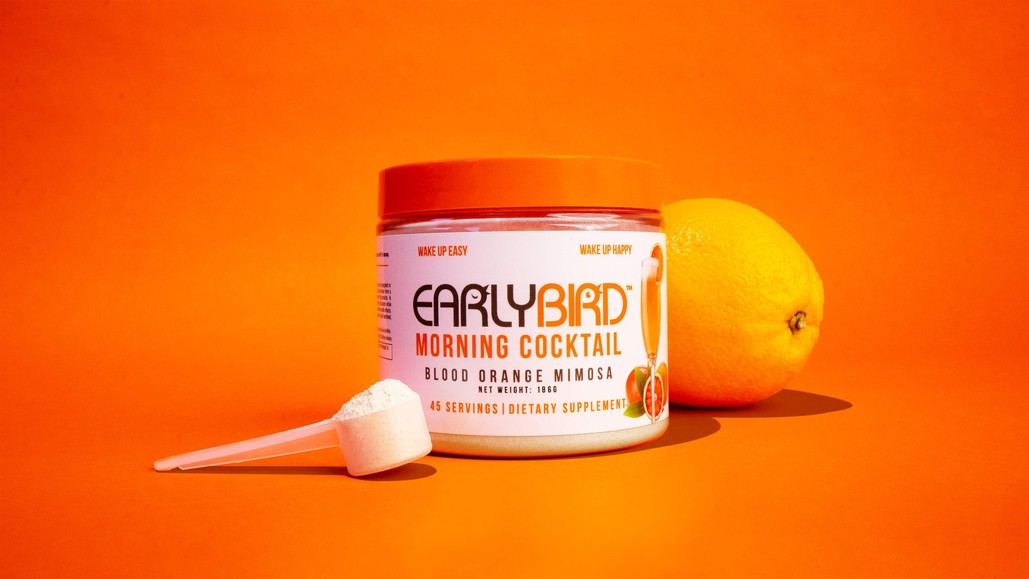 If so, you can look for Infinergy Di-Caffeine Malate in pre-workout supplements. It is more popular in powder form (mixed with water) but also available as capsules.

It is common to find Infinergy with other caffeine-containing ingredients. Suppose you are only looking for caffeine in dicaffeine malate form. In that case, I encourage you to read the labels carefully and see what works best for you.

One supplement mix that I recommend is EarlyBird Morning Cocktail. It contains a lower dose of Infinergy at 50mg per serving, which complements its other caffeine-containing ingredient (100mg of PurCaf) as not to over-stimulate the body and mind.

Either way, I hope Infinergy Di-Caffeine Malate works wonders for you!